How to fill out a tournament/league registration spreadsheet for import. Print

In order to import tournament or league registrations and league schedules into CompuSport the excel spreadsheet needs to be filled a certain way.

*The spreadsheet is available under a league or tournament, Menu > General > Files > Excel Spreadsheet.

Do not delete or rename any of the columns, but the order they appear in, can be changed.

Here is how to fill out the spreadsheet.

Under the Division Tab, insert all the different divisions that will be in your tournament or league that you want imported. 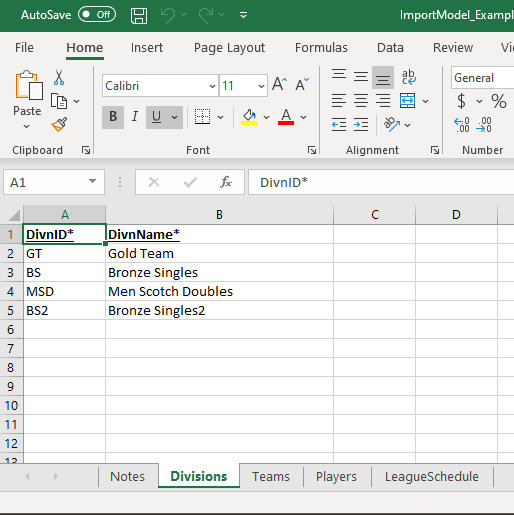 This import file will create the divisions if they aren't already on CompuSport in your event.

If they already exist make sure the Divn ID (Division ID) matches with the acronym on CompuSport. 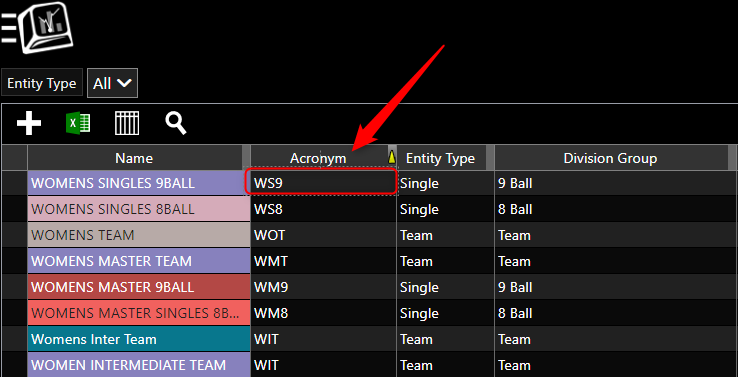 This Divn Id will also be repeated on other tabs in order to put teams and players into the proper division.

Under the Teams Tab, insert the team names along with any other information you wish you import.

Specify which Divn Id you want them in be imported in. If no Division ID, the system will put them in the "ALL" section.

You have the option of adding the members of the team in the same tab. In order to do that, each player needs their own row. Which means you need to repeat the team name. (blue or green outline in image below)

Or you can have all teams with no members in Team's tab and add the players in the players tab. (Red outlined box in image below) 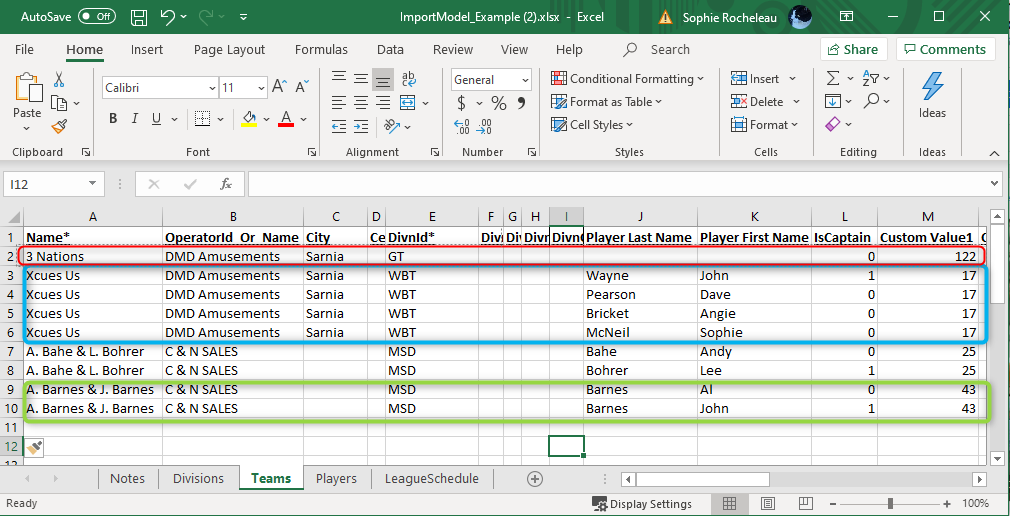 In the players' tab, you can add single entries by adding player names and specifying which division they are playing in.

You can also put Team members by adding each player on a different row and repeating the team name. If you already did this under Teams Tab, there is no need to repeat them here.

One person can play in multiple divisions, but needs their own line for each different division they are playing in. 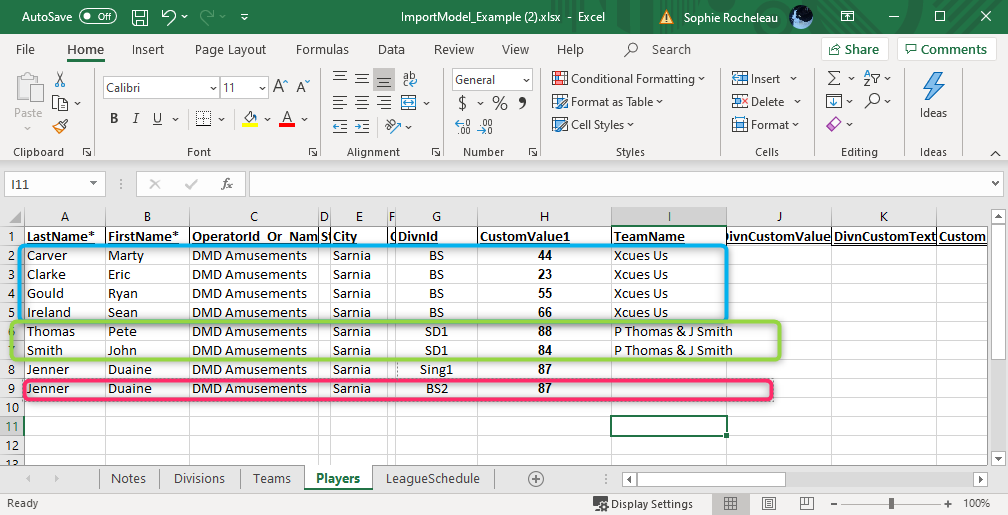 Custom Value Columns are used to import any type of additional information you want imported for teams and players.

Leagues Schedule Tab is for league use only.

The schedule needs to have all matches for the same date on the same line.

Put division acronym in the DivnID column. (Must match with the division under Division's tab See Division Above for more info)

Team numbers must be enter under the team's tab column called CertificationID.