How to make scoresheets available for a round-robin tournament. Print

If you are having a round-robin in a tournament and you want the players to be scorekeepers.

But scoresheets aren't available for players on the CompuSport mobile app.

Players won't see their scoresheets available after becoming a scorekeeper if you only created matches (opponent vs opponent) without making a schedule.

A scoresheet is available once there are two opponents, a time and a surface to play on.

To get around this because you don't plan on scheduling these matches.

Check the Show matches without schedules on the waiting scoresheets page. 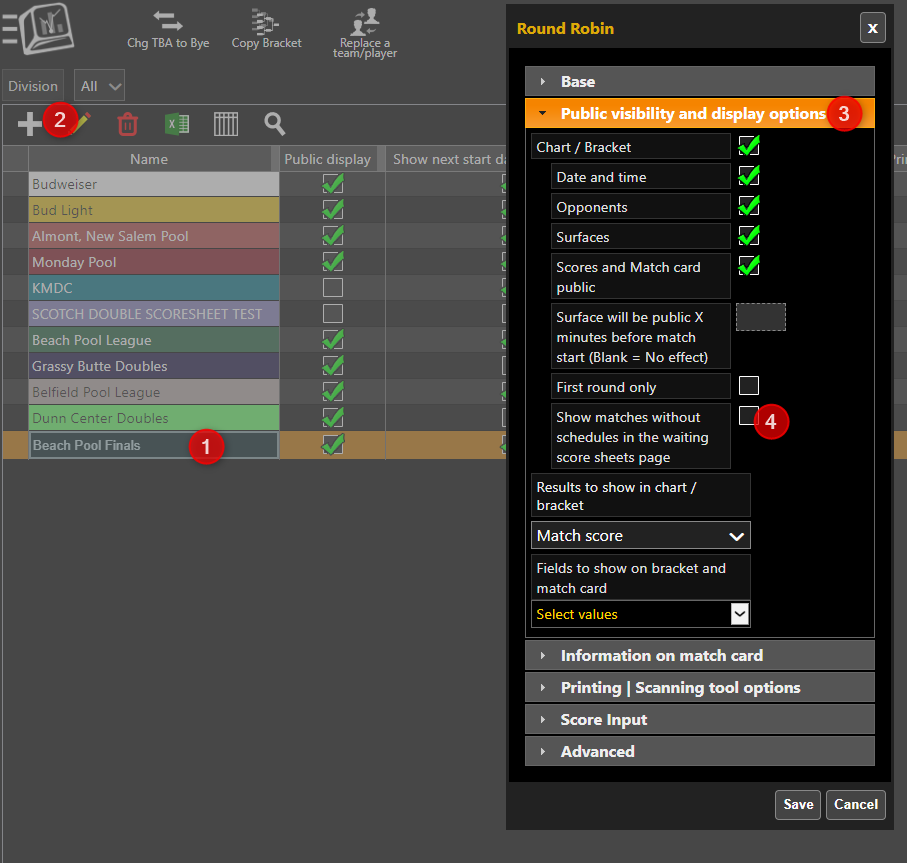